A bit of history

A Masseria in the heart of Puglia

Masseria Garrappa is a beautiful structure overlooking the Monopoli coastline. Sources believe it belonged to the Garrappa family, who managed their fortunes here during the seventeenth century.

Among the architectural signs of the masseria’s important past are a dry-stone wall that partially borders the property and an original tower building erected in stone, built in the late 16th century. A powerful and compact structure that consists of a ground floor, an intermediate floor and top floor. These upper rooms communicated with the lower floors through a trapdoor.

At one time it was accessed by a drawbridge which was eventually replaced by a masonry bridge. This distinct central two-ramp external staircase characterizes the turriform architectural profile.

The entrance was defended by a large caditoia (murder hole), on which the Christological monogram ‘IHS’ is still engraved. It is also highlighted by a system of open loopholes in the crowning parapet.

Another feature of the main structure is a series of small arches with delicate floral motifs, corbels, and embellishes that give dynamism to the shape of this structure. This is a common feature of the many coastal towers in Puglia. It is considered a typical fortified monopolar masseria. It also has a bell gable with a cross, and high shoots or ‘murder holes,’ which were an integral part of an ingenious defensive system from the frequent coastal attacks of enemies.

In the large courtyard, a short distance from the main entrance, stands a chapel. On the façade of the chapel there is a cross and its portal is embellished by a seventeenth-century profile with various elements. There is also a small statue of the enthroned Virgin housed in the tympanum.

A nearby, large and well-kept citrus grove is home to a pergola and series of stone gutters. These gutters were once used as an irrigation system, very common in Puglia’s masserias.

Masseria Garrappa has the profile and soul of an authentic Apulian farmhouse that was built at the end of the 16th century. Here you will feel at home. Kindness and professionalism are the essence of our true hospitality. It is a place for lovers of good food, those with attention to every small detail and for those who recognize the value of the nature in which this historic dwelling is immersed. The family management assures a graceful and discreet reception. The proprietors express a passion for professionalism coupled with experience. Nothing is left to chance here. It is a place for those who enjoy healthy living, in a simple, warm and inviting style. 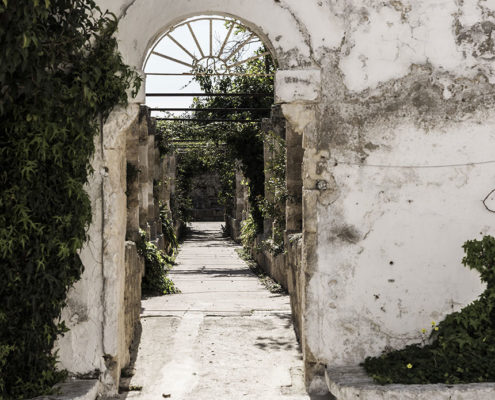 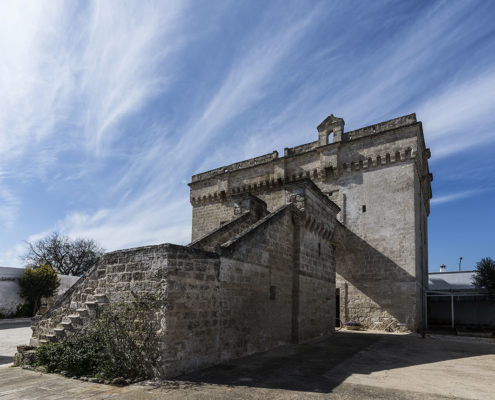 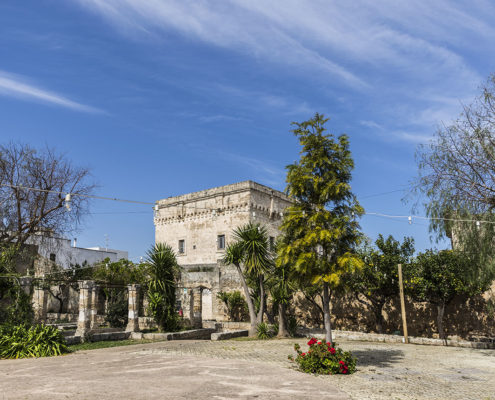 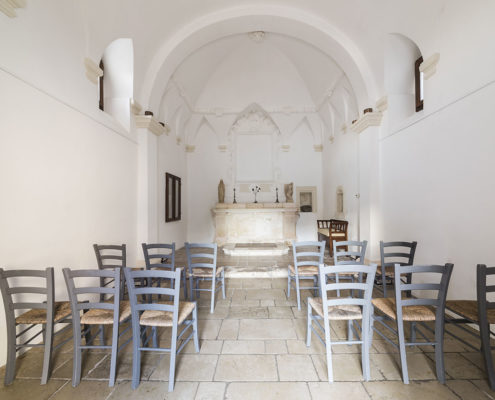 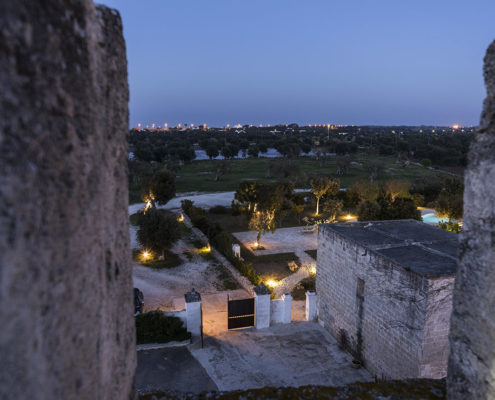 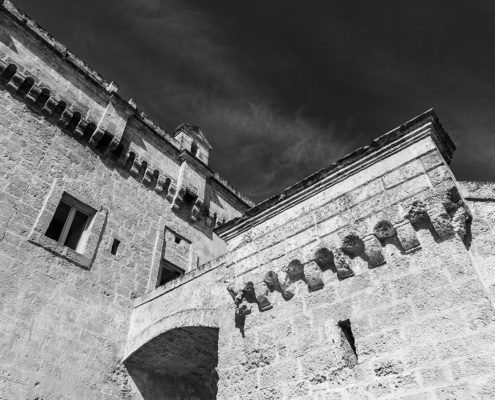 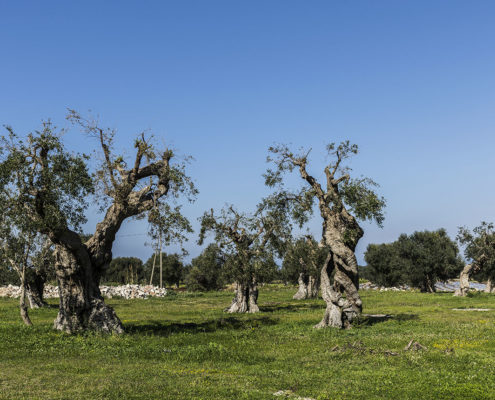 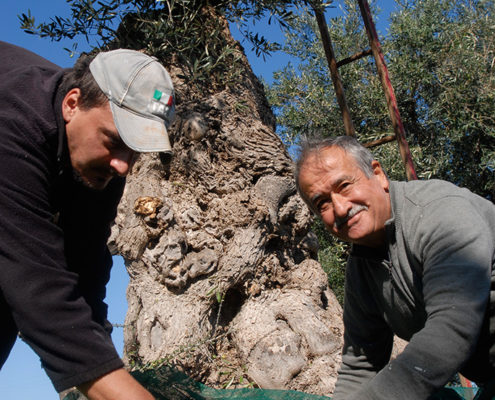 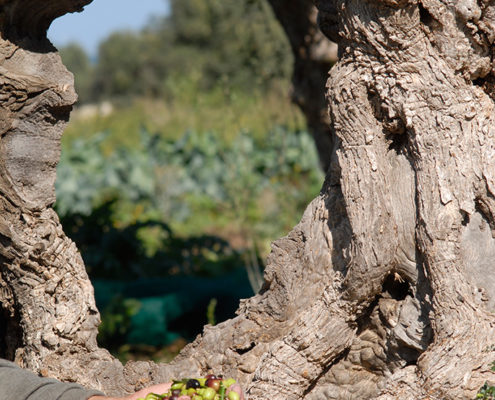 Our rooms offer comfortable and bright environments. All rooms are finely furnished using both stone and wood, equipped with all modern comforts. Designed with taste while maintaining tradition, inside these historic walls you will find the maximum privacy for a truly relaxing stay.

Our breakfasts are made using seasonal products. Most of our products are homemade or made by the expert hands of local artisans. You will taste the difference. It’s a joy to be able to enjoy the fruits of these lands in the mornings, just like our grandmothers have been preparing for generations. 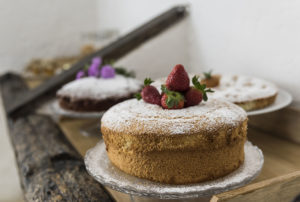 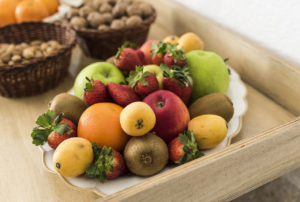 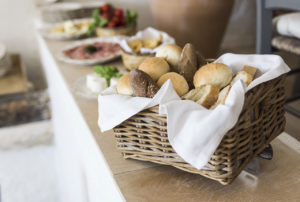 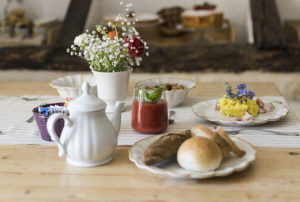 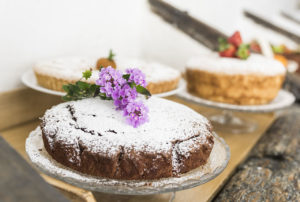 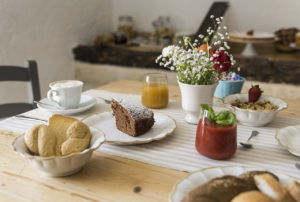 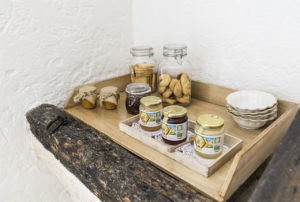 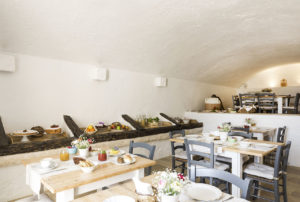 Between the vigor of tradition and touch of modernity

Our restaurant is a bastion of the Apulian cuisine and, more so, of Southern Italy. On our plate, the envied Mediterranean history still remains intact. We are proud of the strong memory of its hearths and the rural culture that are still alive today.

Characterized by the legacy of gastronomy linked to the traditions of this coast, the essence of our style is refinement without frills. Without neglecting eye-pleasing presentations, we stay true to the centrality of flavour, a completeness which our kitchen is known for. All of this, with some small concession for light modern re-interpretation.

Participate in our workshop

Among the many cultural activities of Masseria Garrappa, the cooking workshops are most popular. Those that were once the rooms of the occupants of the masseria, today, make comfortable spaces to learn the secrets of Pugliese cuisine. You will learn recipes according to the techniques of the past and appreciate the authentic aromas, flavors and wholeness of the local tradition. Many of the dishes you will learn will be inspired by the products of the current season. As a final touch to each cooking lesson, a qualified sommelier will choose the most appropriate wine to pair with each dish.